Cartoons in a cancer hospital. 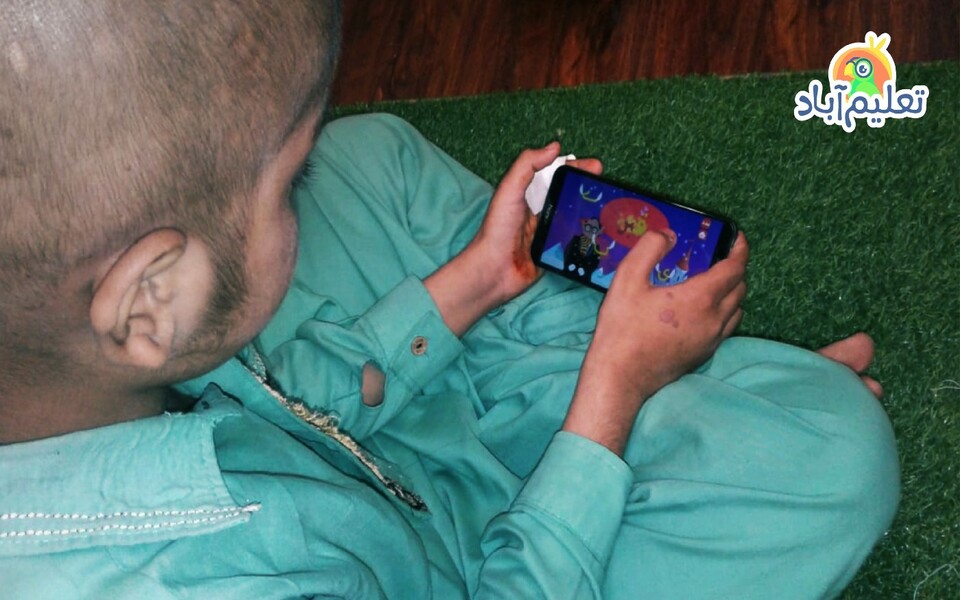 How Taleemabad found its way to the pediatric ward of a cancer hospital.

As an Ed-tech company, the statistics for our app (bit.ly/taleemabad) matter more than anything else. We wake up to them, and they’re the last things we see before we go to sleep — possibly even showing up during our sleep. Our DAUs/MAUs, and session lengths are hence our bread and butter.

But there are rare moments in an impact driven tech company where you have to stop in your tracks and soak in a story behind the numbers that are so compelling that it recharges you, giving you and your company a vital reminder of your raison d’être.

A couple of weeks ago, we crossed the 100,000 downloads mark for the Taleemabad Learning App. At the office, where a giant manual ticker tracks this number, we passed the milestone without pausing. We were pursuing higher and higher engagement and session length times, and beyond the first 10,000 users, we had decided to forego this number for more meaningful impact statistics — how long each child spent per session, and how frequently they were coming back to learn.

we had decided to forego this number for more meaningful impact statistics — how long each child spent per session, and how frequently they were coming back to learn.

It was during one of these weeks that we got a call from a cancer hospital, asking for us to help them use Taleemabad more effectively. We were taken aback and decided to visit on the weekend to find out more. What we discovered added an intimate layer of depth to our understanding of the work that we do.

Initially, a child had missed out on school due to pressing personal circumstances. When the child started using Taleemabad, the learning gains were visible. Seeing this, the mother — who also happened to be a doctor — had Taleemabad introduced in the hospital.

The value in Taleemabad lay in two places — the children loved it because it offered a reprieve from the dreariness of the hospital. The parents loved it because it enabled the children to continue learning (most children drop out when they start chemotherapy). Soon, the hospital had seen enough value to buy a television and a phone, put it in an unused room and create a schedule for children in different grades to continue their learning. When children who had enrolled for chemotherapy finished their treatment and went back to school, their teachers began asking: where had they been learning? Stories like this helped Taleemabad cement its place in the hospital.

When children who had enrolled for chemotherapy finished their treatment and went back to school, their teachers began asking: where had they been learning? Stories like this helped Taleemabad cement its place in the hospital.

But while the learning gains were becoming visible, there was another opportunity that was presenting itself to the attendants at the ward. Every day, children were becoming more and more attached to the main characters of Taleemabad. This increased to such an extent that the attendants began using the characters to coax children into the unfavorable but necessary parts of treatment. In one case, when a young girl refused to have her hair shortened due to chemotherapy, the attendant pointed to our main character’s short hairstyle. The child readily agreed.

Eventually, as staff members began using the characters more and more, they started coming across limitations. That’s when they placed a call to us. After many sessions with psychiatrists at the hospital, a special character called ‘Bano’ was born. Bano suffers from cancer and goes through all the trials and tribulations that our users in the hospital do. In the process, she communicates vital messages to the children and helps them process the reality of their illness. More importantly, Bano is now a part of our main cast and receives the ready acceptance that the rest of our characters do. Not only is she a symbol for those in the hospital, but she is also an ambassador for them, helping carry awareness of the illness to healthy households — 100,000 of them and counting across the country.

Not only is she a symbol for those in the hospital, she is an ambassador for them, helping carry awareness of the illness to healthy households — 100,000 of them and counting across the country

Despite this jubilation, a few visits to the hospital reminded us of the harsh realities of cancer. According to a doctor, 9000 children develop cancer in Pakistan, and only 3000 ever make it to a medical facility. Those that do face an uphill battle and slim chances of survival. On one of our visits a child passed away, and as she was being wheeled out, many other children in the ward inquired about what had happened, with many parents struggling to give an adequate answer. In another visit, children who I had met and used Taleemabad with a week earlier had passed away. I complained to their caregiver; they had looked healthy and happy only a week earlier. She told me that children remain children, even in the last stages of cancer.

Ultimately, this entire experience was heartbreaking and heartwarming at the same time in a way that few things in life are. The learning that the children accomplished was the prime reason why we exist as a company and devote long hours of our lives to it. But there was another inadvertent positive, one that might not be relevant in boardrooms and meetings with investors, but one that I will still quote 50 years from now— that in the last days of the illness, far from the discussions on survival chances and medication and dosage requirements, Taleemabad had helped children be children.

Often, when you strip away layer upon layer from the personality of an entrepreneur, you discover why they really do what they do. This is mine. I have spent eight years now, from building and teaching in slum schools, to traveling across Pakistan to talk to children who are out of school, to eventually running an education company, because nothing beats the joy of seeing a child happy — and good learning, fueled by curiosity, happens to be one the best ways of achieving this.

The cancer hospital tore me in two opposite directons because it showed me both in a fleeting glance: a child undergoing chemotherapy, lifeless and far removed from what children deserve and ought to be like, and the same day, a child using Taleemabad after his chemo session and finding the capacity to smile, laugh and learn again.

For our users in the hospital, thank you for your resilience, patience, and happiness. Thank you for having reinvigorated our work. I pray that wherever you go, your strength continues to serve you as well as it does today. 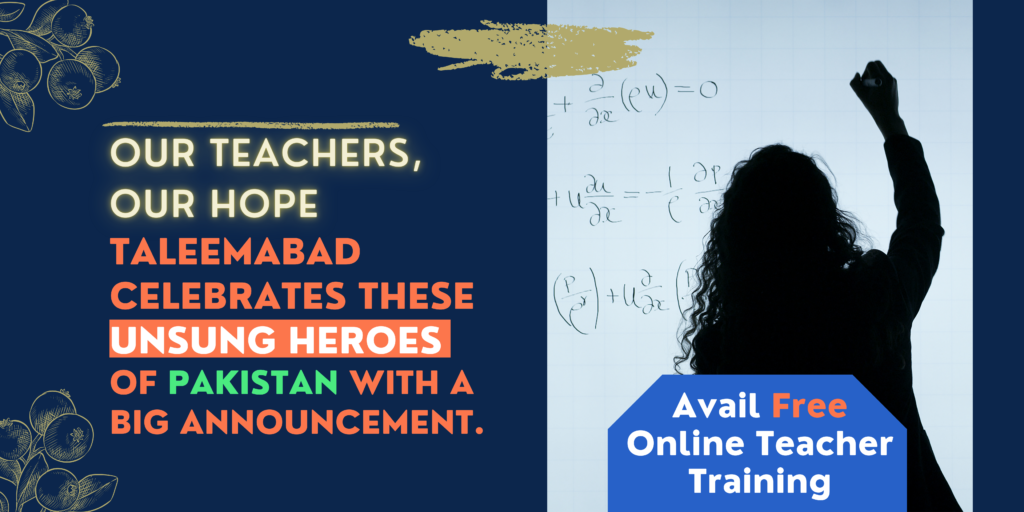 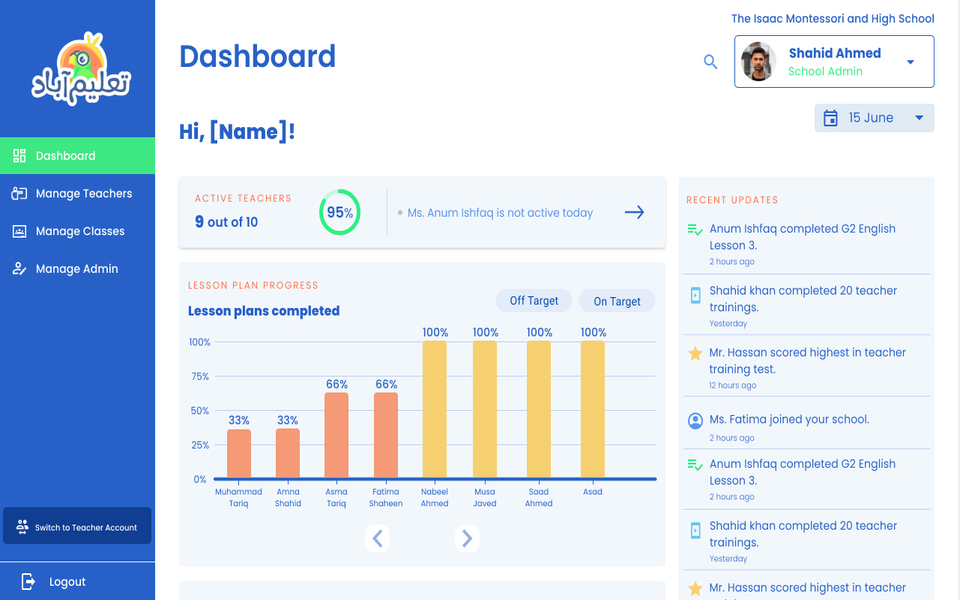 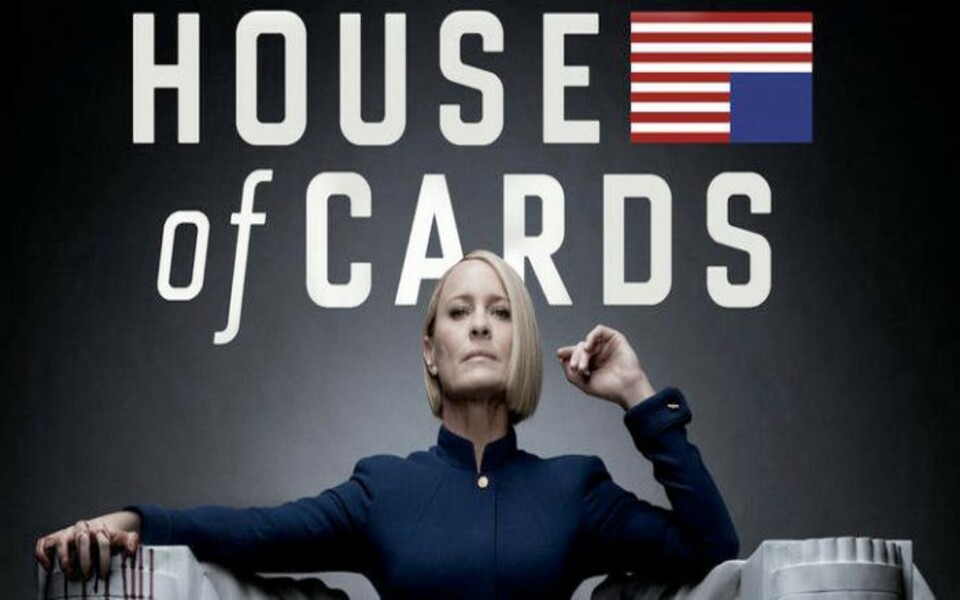